Share All sharing options for: Preview: Wigan Vs QPR

Wigan's third attempt to beat a newly promoted side after the last two ended in draws. The lads must be looking towards getting a win in the final game of August after a very frustrating month for the Latics.

However there were plenty of positives to take from the recent two games, one thing is that we are undefeated in six league games (stretching back to playing Aston Villa last season). While we managed to keep a clean sheet away from home.

The negatives, well the usual. Sloppy passing at times, mixed with the inability to finish chances and hitting the post. Come together to see the lads only have two points, when they could have had six. 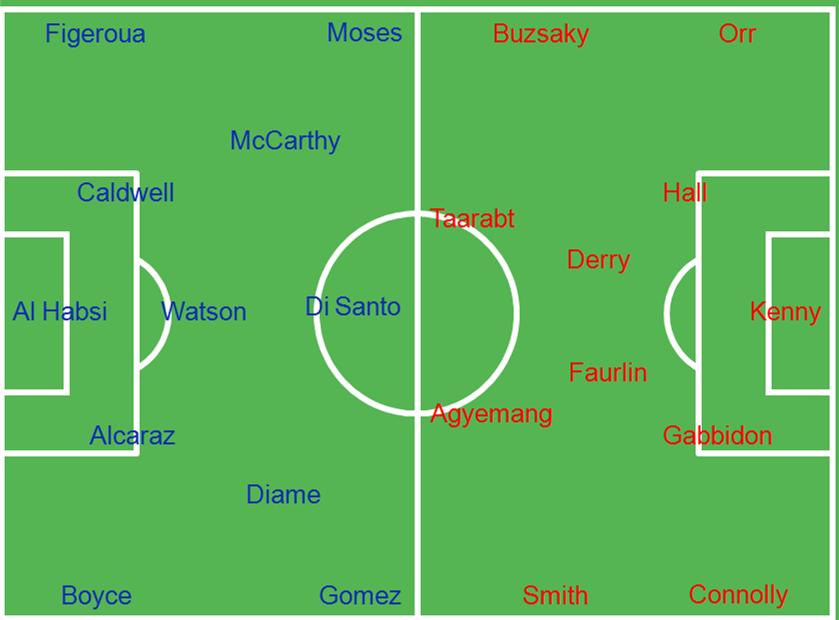 But with two games under our belt, and some good solid football coming together, what can we look forward to this weekend? Well a very tentative affair from the start. Neither side will want to lose the game. QPR getting their first Premier League win against Everton last weekend. While we want to get our first win of the new season.

It will be no mean feat to beat the side that romped to the Championship title. Although they were smashed 4-0 by Bolton on the opening day. They have tighten up on the defence mistakes and had a solid performance against a very good Everton team.

We on the other hand could start again without Alcaraz. The defender limped off against Swansea after 26 minutes, having landed awkwardly on his left leg. He had look good at the back when he was there, and appeared no worse from his Copa America success.

Even without the Paraguayan though we looked capable in defence. Ronnie Stam came on to have a good game at left back, while Boyce slotted in well at center back. So defensively we look okay. Attacking wise, Gomez who had a good game at the Liberty stadium, still worries me. Against most teams he looks slow off the pace and he is too easily out muscled. There are better options in the team to start. Which leads me to Rodallega. Now the official line, which I like to stick by is that he is still recovering after hard summer away international having picked up a knock. However reports suggest that he isn't playing due to the fact he won't sign a new contract.

Which side do you believe. Personally I believe the clubs stance, knowing Roberto would not leave out a player because he has one year left to run on his contract.

So we come to the QPR man to watch. Last season Adel Taarabt was QPR's player of the season and took the championship by storm scoring 19 goal in 44 appearances.

His quick feet and fast football brain make him and excellent play maker, with a good strike. However both Bolton and Everton managed to keep the player quiet. Simply sticking two men on him bog him down in midfield, and he struggles to think fast enough to move the ball.

That half a yard you lose when you get into the Premier League is what Taarabt misses.

So what will be another tight and well fought Premier League encounter. Could see either team win it. The hope for Latics is that both Alcaraz and Rodallega return to fitness and can start against QPR.