New Strips are In!

Share All sharing options for: New Strips are In! 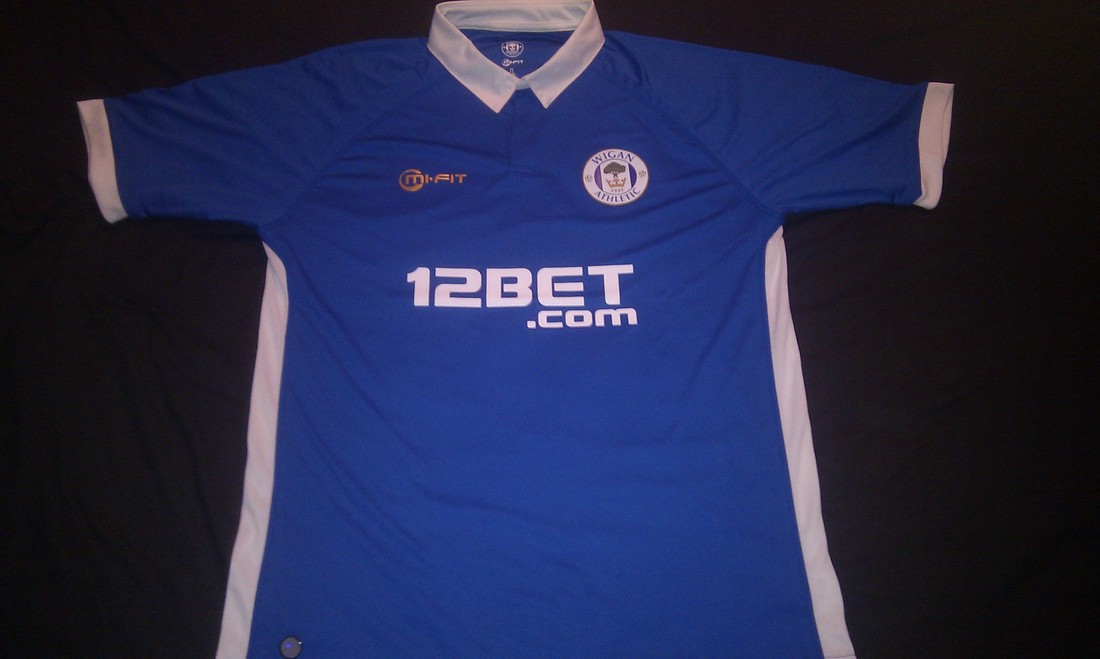 Love it or Loath it?

Finally Latics fans can get hold of the clubs new 2011/12 football strip. After a delayed period where the club where unable to release the kit. It was brought out today, four days early than it was originally planned.

First thing this morning I went down and got my new home strip!

I have to say i already like it. At first I was unsure if I liked the look. I am someone who likes us wearing blue and white, strips like we have do many seasons.

The last time we wore an all blue home kit (2006/06) it didn't look that good, I still bought and wore one, but it wasn't my favourite kit.

The new one, I rather do like. Having worn it most of today, since I collected it this morning. I have to say its comfortable and unlike in past years, the sponser logo isn't overwhelming.

At £39.99 for adults and £29.99 for children, I admit its not the cheapest of clothes items. But comparing the price to other football kits, its not so bad. Myself I pre-ordered mine and got £5 off and was happy to pay the price.