The interviews have been held and the top five managers in the race to be our manager have started to pull away from the rest of the speculated managers. So as it stands on Wednesday who are these men who will take the helm at Wigan?

Mr Coyle's name has been bounced around with the job for a while now and at the moment he has been instilled as the number one to take the job at the moment. It is more or less certain that he was one of the men that Dave Whelan has interviewed over the past few days, and Dave is a big admirer of the former Bolton Wanderers manager.

While he was at Burnley Dave said Owen was a good younger manager, and it was always on the cards that Coyle may come to Wigan at some point. But after taking Burnley to the Premier League and having a fantastic time of it by January he had brought himself to the attention to his former club Bolton.

Bolton then took him as their manager, which was his last managerial job where he had varying success, before they were relegated last season in similar circumstances to us; with an injury list as long as your arm.

Due to his affiliation with Bolton some fans may not welcome him. Yet if he is appointed our manager we have to back him. He would be a manager who will continue the same sort of style of play we have under Martinez and is a manager who can rally a team around him.

The former England and Middlesbrough manager has been one of the men high up on the bookmakers list of possible managers more or less right from the start. The man who is the most successful in the recent history of Middlesbrough, has had mixed fortunes over the past few years.

After failing with qualification with England to European Championship in 2008, he eventually headed over to Holland to manage FC Twente. In his first season he lead them to the second place, before the following season winning the title. Yet more unsuccessful spells at Wolsburg, Twente (again) and Nottingham Forrest raise questions over his right to be the manager.

Yet he would be an interesting choice. Given the time and the backing McClauren has shown he can produce success, yet he wouldn't necessary be my first choice.

Dave's Decision in a Week 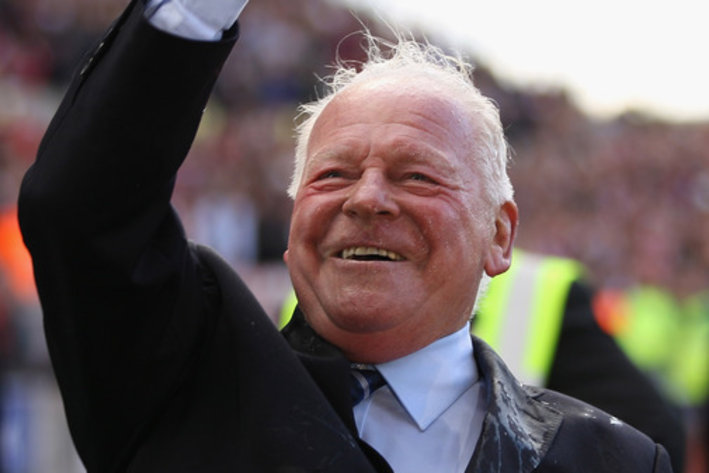 Dave Whelan vows to have a new manager in place by the end of the week for the forthcoming season.

A very good young manager who has a big future ahead of him. At the age of 30 his best years as a football manager are ahead of him, yet he has already impressed with his style of play at MK Dons. Tipped to go a long way, there has been a lot of interest in the man, but so far he has decided to stick with the Dons. Will he be likely to come to Wigan?

With a bigger budget, the chance to manage in Europe and to walk into a team which already can playing that lovely passing football. It would be a good prospect and I think if he is one of the managers we have approached currently in a job we could lure him to the club.

The ex-Manchester United coach who has been at the club since 1999, took over as first team coach from Steve McClauren after his departure in 2001. He has been the man behind Sir Alex Ferguson for the past 12 years and the man who does the nitty-gritty coaching.

Now without a job as David Moyes takes the reigns at Manchester United. Phelan is looking for a job and looking to take over as a first team manager. The moment he walked out the door he was linked with the Wigan job, but would he be the right appointment?

A risk and possibly too big a risk with no true full managerial experience. But then you can never truly no what will happen when someone gets the job.

The man who has changed the fortunes of Brighton in the last few years now looks set to leave his position at the club after some controversial comments and behavior. That already makes me doubt the likelihood of him coming to this club, non the less Whelan may have looked at him for his on the pitch record.

Leading them out of the League One before taking them comfortably into the Championship. Last season they made the play off's and were unlucky not to go to the finals. Out playing Crystal Palace for both play off games, they lost due to lack of clinicalness in front of goal.

Yet another manager with that passing style of football and again would easily fit into the Wigan system. A man a lot of our fans one, but one labeled with a big ego. He would be a interesting appointment.

As it stands the bookmakers top five. For me it has to be Karl Robinson who we take on as our new manager. A man full of potential who could lead the club in a new fresh direction with his ideas and philosophy. The same could be said for Gus Poyet, but the situation surrounding him at Brighton concerns me and he could be a man to avoid for the time being.