We are closing in on finishing the end of season reports and the fourth part of the report card series goes to the central midfielders. The hardest workers in the team here at Wigan, working tirelessly to keep hold of the ball and win it back when we don't have it.

A very impressive season for the young Republic of Ireland international, it had to be a big season for the player as he strives to develop into the world class player we all know he could be. This season he has shown consistently that he has the ability to be one of the best midfielders in England and beyond.

The Hamilton team mate of McCarthy yet unlike his midfielder accomplice he has gone under the radar to develop into a fan favourite here at Wigan. An honest hard working midfielder who must be a pain to play against, one minute he is winning the ball and the next minute he is scoring in your net.

Used all over the pitch this season, and he could never be moaned at for having a drop in the level of his performances at the club. The midfielder I hope will be at Wigan for a long time to come and the noise coming out of the fans as a future captain shows you just how highly he is thought of.

It was always going to be hard for David Jones to nail down a full starting position in the team. With such talented midfielders in the squad the former United man has struggled to really make an indent into the team, yet when he plays he does gives his all.

His level of performances haven’t been as high as they were last season, and his two years contract is up and he will be on his way. Not a player that will be remember but a player who did perform well when he was here. 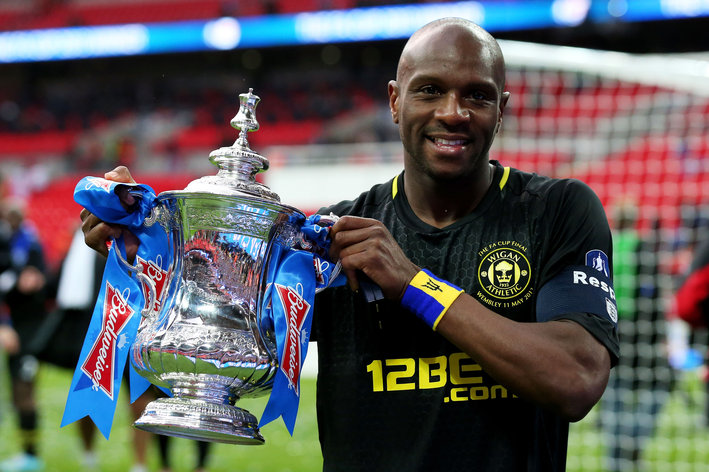 Breakdown of our wingbacks performances in 2012/13 season.

A personal favourite of Roberto Martinez, the midfielder seems to have something that managers really seem to like about him. It could be the ginger hair. But the happy English midfielder is hard to hate (especially after scoring the winner in the FA Cup Final) and has always served this club well.

Yet on the pitch he hasn’t had the best of seasons. When he did start he was deployed in a defensive position and that doesn’t really suit Watson, who is much better for me when he is going forward looking to score and set up attacks going forward. Obviously the broken leg limited his starts this season, yet I think it will be a memorable season for Ben, I am not sure why though?

Limited to cup games the young midfielder has yet to establish himself into the midfield here at Wigan, yet at the age of 20 the player has plenty of time to get there. Giving him the chance to grow into the role much like happen with the two James I am sure his best years are to come with Frazer.

The few times he did play early on in the season he seemed unsure and a bit scared to be on the ball. Yet in the second half of the season in the FA Cup game he looked more controlled and relaxed in possession. One for next season.

Senor Donkey really has changed my opinion of him this season. Last year he showed signs of the player we thought we had signed, and this season he has stepped up to the plate. Playing more games than he has done in previous season the midfielder has really showed the Wigan fans what he can do with some lovely goals, and passes to give our forwards players the chance of scoring.

The highlight of the season for Jordi has to be the game winning hat-trick against Reading. That showed just how good he is, and could be next season for us. Using his left foot to devastating effect, and finding the pockets of space to get in and around the opposition, more of that please.