One of the stand out performers for Wigan last season and James McCarthy looks set to be swooped off his feet by some far more attractive Premier League club. The rumors around Wigan is that teams are interested, so could we get the £20 mill?

Share All sharing options for: Editors Blog: Is James McCarthy Really Worth £20 Million?

So lets start with the background on our Republic of Ireland international. At 22-years old who ever buys James McCarthy will have roughly ten years minimum of footballing years out of the lad. So to start with that equates to £2 million a year for the player. To me for an old fashioned box to box midfielder in the modern game that sounds fairly reasonable.

Then take a look at his injury record at Wigan and Hamilton. Bar a nasty challenge by Fabrice Muamba in October 2010 keeping him out till January 2011 (a spell of roughly three months out) James McCarthy has been an ever present for both us and for Hamilton over his seven years of footballing life.

In that time span since his debut for Hamilton at the young age of 16, James has played a total of 237 games scoring 23 goals (it works out at £84,388 a game if bought for £20 million) . Now tell me of another young midfielder his age who has played that many games? Especially with 115 of them coming in the Premier League, you just don't get that.

Now lets compare him to two young players of a similar age who both went for high fees. 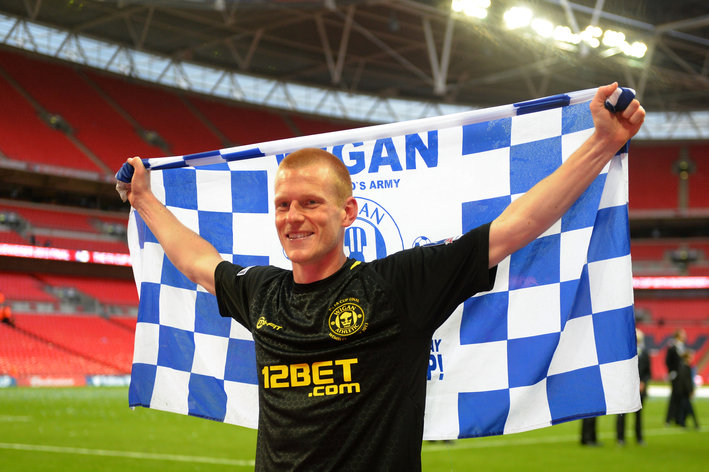 A look at our central midfielder over the course of the 2012/13 season.

First of Jordan Henderson at Liverpool. At the age of 20 he transferred from Sunderland to Liverpool for a fee believed to rise eventually to £20 million. So the lad was two years younger than James fair enough, but Henderson had so much less experience (having played only 92 games for Sunderland and Coventry). That lack of experience could be one of the factors that has lead to him taking two years to bed in at Liverpool.

Secondly is another Liverpool signing, Joe Allen. The Welsh midfielder signed from Swansea City last summer for a fee in the region of £16 million. So far the midfielder has played, but his performances have been lacking at times, I think many Liverpool fans would agree he has yet to find his feet. Again only one Premier League season and he was worth so much.

James McCarthy has got four years of Premier League experience under his belt.

I can't say that James would do any better than the two mentioned above, yet his great experience counts massively, ask any football manager. Especially in a midfielder and a box to bow one at that. They are after all a dying breed, with many midfielders being shaped into either deep lying roles or further up the pitch as attackers, James can do both at once.

To me McCarthy is easily worth £20 million of anyone's hard worked money, will Wigan get it? Not likely. I would imagine a bid in the region of £12-£15 million would make Dave Whelan say yes to whoever is offering. Personally I hope that Owen Coyle can prove his worth and keep the lad at Wigan for another season.

No team in the Championship would be able to cope with our two James's in the middle of the park!