The last part in our report series. With the fixtures tomorrow and the look now shifting towards the new season, one last look at what has been won't hurt.

The Ivorian striker was signed in the summer has someone to help score the club goals. This season the striker managed that getting a total of 13 in the 38 games he played for Latics this season. That just over one goal every three games, not a bad return for someone who cost £3 million.

He has scored some wonderful goals, and some crucial goals, so generally Kone had to be happy with his first year in England. He showed that he was capable of playing in the Premier League and doing it comfortably. With strength and pace, Arouna is able to either act as the target man, or get in behind and race past defenders. If he stays the summer, next year will be massive for the striker.

What more do you say about this man that hasn't already been said? By far one of the most influential players we have, and one of the most technically gifted. Shaun has been mostly used as the man playing off of Kone in the gaps behind the striker, and that is where he comes alive.

What a gem this lad is. It has been a long road for Callum and we have waited and waited and finally he stepped onto the big stage at Wigan and burst onto the scene. Callum has shown his talented over the glimpses we have gotten over the year, and now we have seen just what he is capable.

Gael Clichy can vouch for just how hard it is to play against the winger. Creative, quick and sharp both on and off the ball, Callum has all the makings of a top quality winger. He started 17 games across the season, and manged to bag a total of six goals. Great season, next year could be his year; if he stays at Wigan 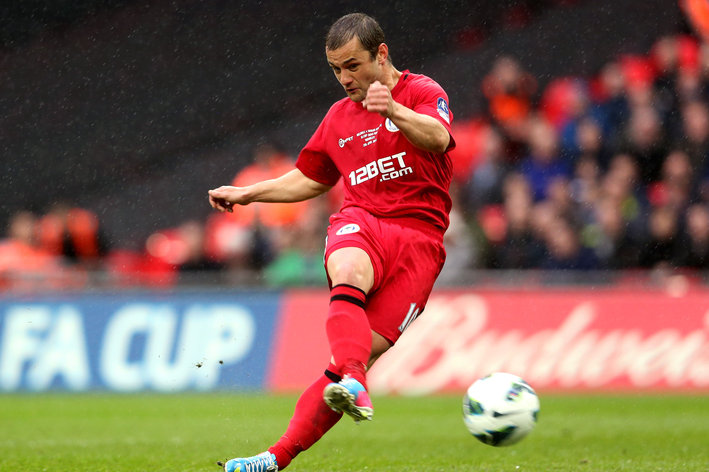 A look at the man of the season for Wigan Athletic

It all started so well for the now Argentinian international. Scoring the first goal of the season for Latics, he and Arouna Kone looked to have struck up such a fantastic partnership up front that you felt we really had something. Five starts and the striker had three goals to his name, things were looking up.

Signed on loan and the signs were this guy is a bit special. On his first appearance he changed the game in our FA Cup tie against Bournemouth and himself hit the cross bar after getting free to header the ball. His only goal for the club coming in the 3-2 defeat to Sunderland gave us hope, and a glimpse of the player.

Under used for most people's liking, yet the striker has been in the country less than a year. The feeling by the coaching staff was that he has yet to hit the mark ready to jump into the football in England. Could we get him back on loan? If we can it would be a good option.

What can you say about him? Is there much to say about our club record signing apart from a big mistake? In my eyes the striker has never really been given the chance to totally prove himself. Following his most successful year for Wigan where he managed to bag four goals in eleven games, has he shown signs of improvement?

At times he did and at others he looked lost. Next season in the Championship maybe it could be the chance for him especially under a new manager. Hopefully at the third time of asking he could prove to be the man we all thought we had signed.